For many of us, when we talk about making more money on YouTube, we immediately think AdSense.

Sure, AdSense revenue is great, but it’s certainly not the only way to monetize your YouTube channel. If you really want to be successful in the YouTube world, you’ve got to think about ways you can diversify your income streams beyond AdSense.

How? Well, you’ve got plenty of money-making options — but have you ever considered selling a physical product? I’m not talking about your typical YouTube merch. I’m talkin’ the ideation, creation and release of your own product line.

This isn’t as far-fetched as it might sound. I chatted with Melissa Maker and Chad Reynolds, a power couple killing it on YouTube with their channel, Clean My Space. These cleaning icons share all sorts of cleaning tutorials on YouTube — and they even developed a line of microfiber cleaning products that took their business to another level.

7 Tips to Developing and Selling Your Own Physical Products

It’s not like you can just wake up and say, “Hey, I’m going to create this totally new thing and sell it on my YouTube channel!”

Creating, developing and distributing your own product is a long, intentional process — but it can totally pay off if you know what you’re doing.

Melissa and Chad share some of their top insights from the process.

1) Make Sure It Feels Natural

Before Melissa and Chad started their YouTube channel, they launched a cleaning business in 2006. Very quickly, Melissa had to become an expert on how to clean with the latest and greatest professional cleaning products, tools and techniques. She’d talk with her janitorial suppliers to get the lowdown on what she needed, and she always opted for the best of the best products.

When Melissa and Chad started creating these YouTube cleaning tutorials, a natural offshoot of their cleaning business, hundreds of viewers would comment and ask where they could find the microfiber towel they were using. The issue? It wasn’t available in “regular” stores — only through suppliers. 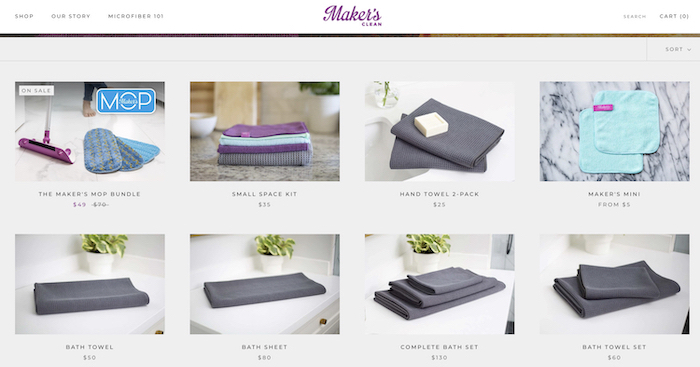 So that’s where the idea formed: Create professional-grade microfiber towels and make them available to us everyday folk. It was totally a natural fit for what they were already doing, and they started making moves toward creating their first product in 2015.

Once Melissa and Chad determined this could be a viable venture, they reached out to someone who manufactured high-end microfiber cloths for exotic car detailing. This guy hooked them up with the factory he worked with, and the research process commenced.

Melissa suspects they sampled something like 100 different microfiber cloths. They didn’t rush the process — they knew how important it was to find an amazing product their audience would love.

They also made the ultimate decision to not deem this “channel merch” but a product of its own, so they called it Makers Clean to differentiate it. That way, they didn’t have to be totally dependent on YouTube to market and sell the product. 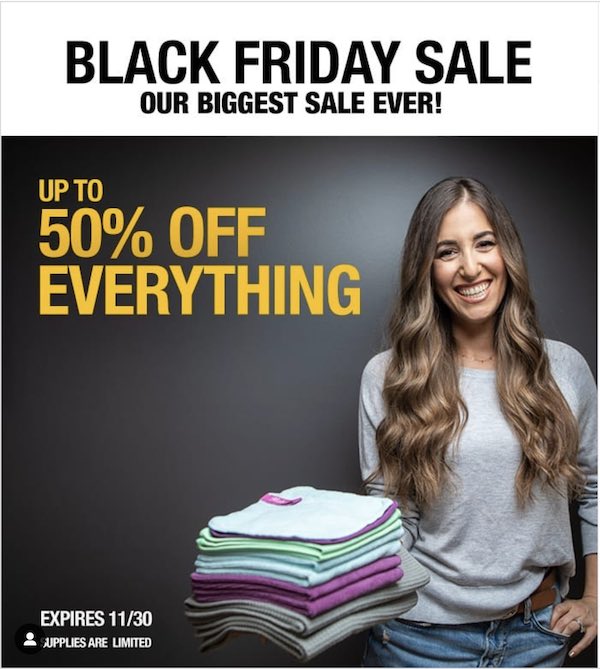 “We wanted to have a company that, when you're walking down the aisle of Home Depot and you see our cloth, there's still just as much interest in buying that product, because that product can stand alone outside of what we're doing and what we're talking about on our YouTube channel,” Chad says.

Sure, let your YouTube channel support your product, but don’t rely so heavily on it that, if YouTube disappeared tomorrow, you’d be left out to dry. Again, this is all about diversifying your income stream!

3) Roll up Your Sleeves and Get Scrappy

When starting out, Melissa and Chad wanted to test the waters with 250 of these towels.

You’d think a smaller quantity would be easier to manoeuvre, right? Nope. Manufacturers have what’s called an MOQ — or minimum order quantity. That’s the smallest batch of something they’re willing to make.

When Melissa and Chad found a manufacturer that did smaller runs, they realized they couldn’t get a lot of the bells and whistles they wanted, so they had to get scrappy.

For instance, they wanted personalized branded tags on the towels (obviously), and the manufacturer couldn’t do this, so Melissa and Chad had tags made. Then, they took these tags to a lady who stitched them on the towels by hand.

Back at the office, Melissa’s mom assembled all the packaging materials while Melissa wrote 250 cards by hand.

When they launched, they advertised this limited-edition run of 250 units. In less than a week, they sold out. For them, this was a valuable way to test their product, get feedback and garner interest from their audience, which is essential when you’re starting a product line.

4) Have a Good Backstory

It may sound silly, but when you’re coming up with a product, it’s important to have a good backstory.

Melissa and Chad have just that — the cleaning company, the YouTube channel, the demand for these towels, the testing of materials, the scrappy start…

“I think if you're coming up with a product, you have to have a great backstory for that product,” Melissa says. “And we have that — we tested the products, and we brought them to market because we couldn't find a good alternative that we felt comfortable getting behind.”

“I love telling the story because it literally was hundreds of people on our videos being like, ‘We're really fascinated by this,’ so it was like, we were being yelled at to do what we ultimately did,” Chad says. 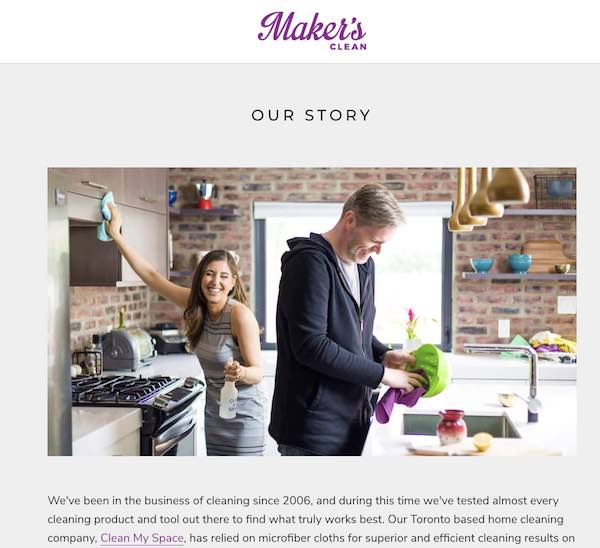 No, you don’t have to have some wild story, but it’s important to share the evolution of your idea to a product with your audience, especially since you have a natural, built-in audience from your YouTube channel.

5) Know Who You’re Working With

Although Melissa and Chad would love to work with a North American manufacturer, there just aren’t any that make microfiber. So, they opted for a manufacturer in China — and did their fair share of research.

They’ve done video tours of the factory, researched the factory certifications and spent hours communicating with their contact person. Because you’re risking a large amount of money, you have to really make sure you trust the manufacturer.

Doing the initial order of 250 allowed them to establish that trust. Even now, six years later, they frequently communicate with the manufacturer.

Pro tip: If you’re working with a manufacturer overseas, get familiar with the time difference as well as their holiday schedule, so you can work around that.

OK, so they’ve got the towels made… obviously Melissa’s mom wasn’t going to be packaging up the next batch of 5,000 microfiber towels. That’s where third-party logistics (or 3PL) services come into play.

This was a huge stress relief for Melissa and Chad. They were able to offload the logistical nightmare of distributing, warehousing and shipping and just let their 3PL company handle that stuff. (Again, trust is really key here.)

By leaning on their 3PL, this allowed them to focus on not only ensuring they were producing a high-quality product, but also on creating content and building their audience online.

At the end of the day, it’s important to lean on others to help you out. As YouTubers, we tend to be self-starters, willing to get our hands on every part of the process, but when we’re creating a product, that’s just not always possible.

7) Start Slow and Stick to Your Core

For Melissa and Chad, starting slow and small was imperative. Now, that doesn’t just mean they started out with that first batch of 250 towels. They took as much time as they needed to make all their decisions.

“If you don't get too big too fast, you can course-correct and really become successful slowly,” Melissa says.

Sure, it may be tempting to try to get into stores, advertise on QVC — all that fun stuff — but you have to be careful.

“Nowadays, everything needs to be so accelerated,” Chad says. “And you're just kind of racing through it without giving anything time to ruminate or breathe or grow in kind of an organic way.”

Bottom line? Take it slow. Many of us race around in this digital world, but when it comes to developing your own product line, make sure it’s a smart decision. Don’t rush it — test 100 microfiber materials if you have to — and stick to your core.

“I would just caution someone against making a move like this, whether it's a digital or physical product, to quickly build yourself up first and have a name for yourself before you do it,” Melissa says.