Some of us have had this happen before: You’re scrolling through YouTube and social media platforms and suddenly you come across your original content outside of your owned-and-operated channels.

Excuse me?! You didn’t give anyone permission to rip your video.

Even if you haven’t stumbled upon your own content on other channels, chances are it’s floating around somewhere on YouTube.

Although your first inclination may be to report the heck out of that content — slap ’em with a takedown! — that’s not always the smartest move. The truth is, you could potentially monetize that content via YouTube's Content ID system.

“It's one of those things that, why wouldn't you do it?” says Rian Bosak, who I consider the world’s leading authority on Content ID. “This is you protecting the work you've created and exploiting the work you’ve created.”

Curious how this works?

I chatted with Rian, the founder and CEO of SuperBam, a rights management provider for content creators and media companies. He explains how you can make money from unauthorized uploads of your content (and why you’d want to do that). He also shares how Content ID pros can run better YouTube Content Management Systems (CMS), which are the tools you need to manage Content ID on YouTube.

Let’s back up real quick. At this point, you’re probably familiar with Content ID. You can use it to make money by allowing other users to upload your videos.

“It's an additional stream of revenue they can bring to the table each and every month,” Rian says. “It's more information and data about a unique audience they're not getting from their owned-and-operated. So you really have those two things combined that just make it a much better strategy overall — for them to be monetizing the content rather than blocking or taking it down.”

Of course, there are a few caveats to this rule. If you’re a large media organization and you’re offering the content as part of a premium subscription, then you don’t want that content floating around out there for free.

Also, sometimes creators can mash your content up into inappropriate videos. If that’s the case, you probably want to push to get it taken down or blocked.

But How Much Money Can You Actually Make With Content ID?

Now, let’s focus on the whole money part of this. You’re probably wondering just how much money you can make with Content ID?

For an average, mid-size creator, Rian says it really runs the gamut. But, for most creators, once they get to a certain size and scale, they could make an extra $50 to $1,000 a month in incremental revenue. And have to do precisely ZERO extra work to earn it.

“It's never a bad idea to do because you never know when that $50 a month is going to go to a couple of thousand dollars a month,” he says. “We've had plenty of experiences where that has happened.”

Here's one of Superbam's client's videos that has been ripped off and gotten over 100,000 views; 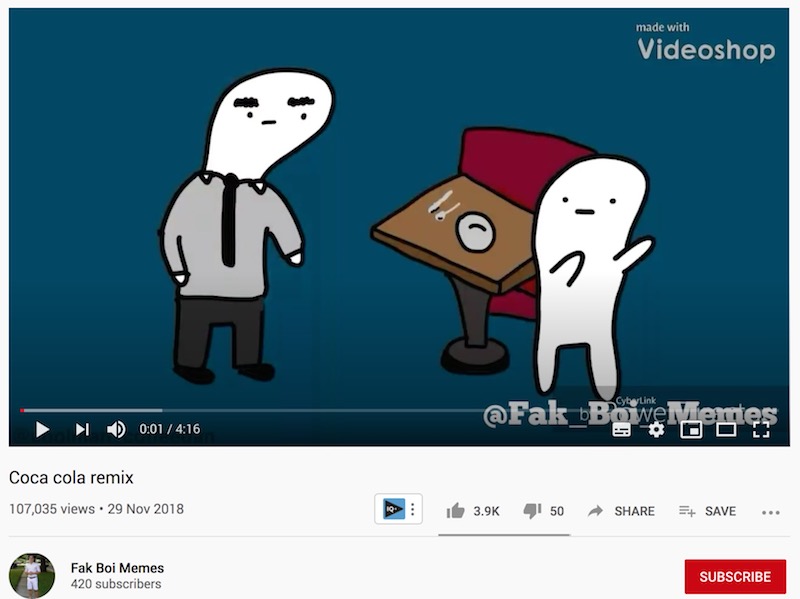 Truth be told, it’s a little bit like playing the lottery. Rian says he’s had clients’ content go viral in the UGC world, and all of a sudden, they make thousands of dollars some months. He’s even had a few clients who’ve done over $100,000 a month in incremental revenue.  Wowzers

Not too shabby, right? So what’s the catch?

Well, Content ID isn’t available to the average, everyday YouTuber. You’ve got to be a big media company or a major celebrity to access this tool. If you’re not quite at that level, you can still access Content ID through a third-party service like SuperBam.

The Importance of Running a Clean CMS When Using Content ID

Here’s the thing about Content ID: This isn’t just some quick task you can check off your to-do list in the next five minutes — hence why Rian has built a whole service around it.

When utilizing Content ID, it’s important to run a clean content management system (CMS). Why? You’re working directly with YouTube, and when you deliver reference files to them, you’re basically stating with authority, ‘Hey, I know I 100% own this.’

And you’ve got to be able to uphold that claim, and that’s why having clean reference files is key.

“There’s a lot of responsibility there,” Rian says. “It's very easy, especially when you're running a creator business, to potentially put in something that may not be owned by them.”

This could totally be unintentional, too. Say you’re working with a creator who gave a speech at a video game conference and uploaded a clip to YouTube. But in the background of the recorded speech, a clip of a video game played on loop.

Unfortunately, you now can’t deliver that clip to Content ID because you don’t own the rights to that video game.

Additionally, if you put in a bad reference file like that, YouTube will go crazy claiming all videos featuring that particular clip on YouTube as yours — when they’re definitely not. 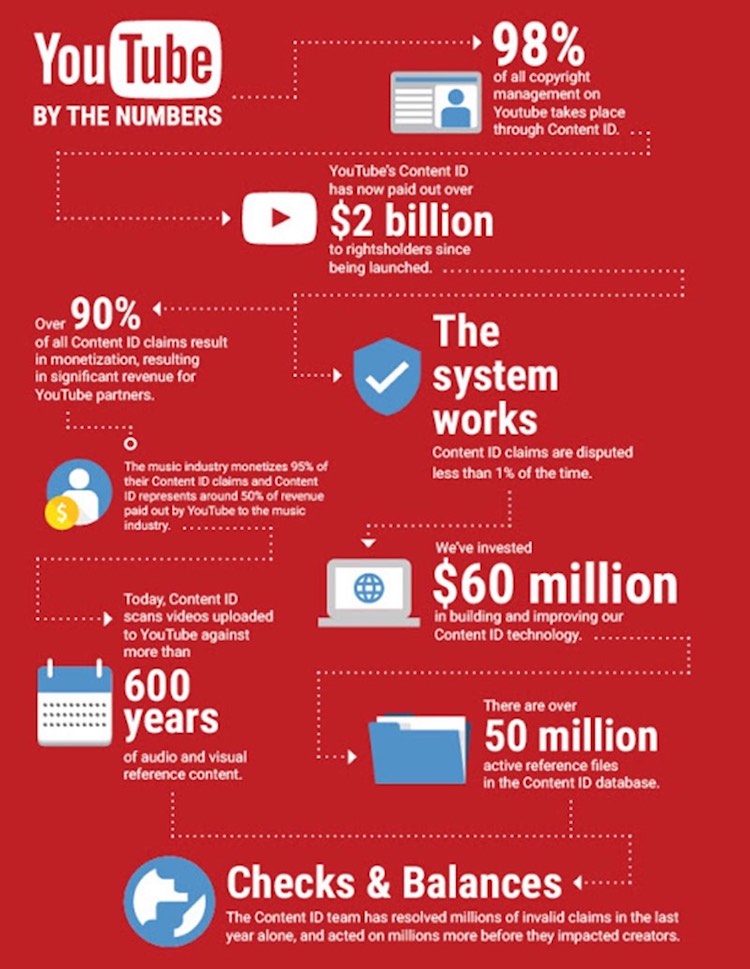 There’s also a lot of follow-up work involved with Content ID, which is another reason why it’s so important to maintain a clean CMS and have good systems for dealing with disputes and follow-ups.

Sometimes a company will deliver reference files that overlap with yours. It’s then your job to go resolve the overlaps. Or let’s say, upon delivering a new batch of reference files, you find out someone else has been mistakenly claiming your content. It’s then on you to clean that up and have a conversation with those people.

“It's a pretty big job, which is why we've actually built a company around doing it because of how much heavy lifting there is in getting it done properly,” Rian says.

Ultimately, leveraging Content ID to make money on YouTube is a smart move, but it can take a lot of work, so it may be worth hiring a pro.