Your YouTube channel is growing. Do you have a remote YouTube team to help you keep going?

If you’re like me, you’re struggling to hand over control. Or maybe you just don’t want to manage people. Either way, the alternative of landing in an insane asylum because you’re overworked isn’t ideal 🤪.

As creators, we need to also see ourselves as business people or entrepreneurs; otherwise, we’ll burn out fast. To share the most reliable advice and help you expand your business, I talked to YouTube businessman extraordinaire, Antonio Centeno.

Owner of the YouTube channel Real Men Real Style (RMRS), Antonio has amassed 2.56 million subscribers who tune in to learn how to dress and act with class — but he didn’t do it alone.

Wherever you are in your journey with YouTube, Antonio has a ton of tips to help you hire and manage the YouTube team your growing channel demands.

Antonio hired some of his staff from onlinejopbs.ph and Virtual staff finder.

Get Off the Hamster Wheel and Hire a Virtual YouTube Team

You edit, promote, optimize, create thumbnails, answer emails — when’s the right time to get off the hamster wheel of production and pass the baton to someone else?

For Antonio, it was when he realized that outsourcing video editing to his wife was... not quite an aphrodisiac. To prevent further straining his marriage, the RMRS owner reinvested the first $2,000 he made from ad monetization and hired — you guessed it — a video editor.

Your first step in finding a team to help run your YouTube channel is to write a list of everything you hate doing.

“If you're spending two to four hours every single week doing accounting and your bookkeeping, that one’s a really easy hire because that's a whole industry,” advises Antonio.

Continue to add more to your list and break down how much time you spend on each task; there’s gotta be more than bookkeeping you can offload. (If you’re anything like Antonio, anything tech-related is the bane of your existence, so add that, too.)

To avoid spending hours creating thumbnails, for example, Antonio got real about the work he wanted to hand off and asked himself some important questions before hiring a virtual YouTube team for his channel:

Then, dare to take a leap. “Paying somebody to free me out of my email recovered two to three hours a day, [and that] was game-changing.”

The Art of Letting Go

Even if you recognize that a YouTube team would be helpful, the idea of giving strangers access to manage your channels strikes the fear of God in you.

Is that normal? Definitely. Should you let that worry persist? In a word, no. Not if you want to grow your YouTube business.

“I just accept the fact that they're not going to do it to my standard,” admits Antonio. “I mean, I'm an owner, and I am relentlessly obsessed with my channel.”

We’re all obsessed with our YouTube channels, but there is power in letting go and sharing (not handing over) the keys to your "tube-dom".

Even though he’s an expert, Antonio recently re-learned that lesson himself: In a video he created, Antonio mentioned the U.S. Navy. Because of cultural differences, his Filipino video editor mistakenly used a picture of the U.S. Marine Corps instead.

It was frustrating and viewers definitely noticed, “But at the end of the day, that video went [up] on a Sunday, and I was able to enjoy my Sunday with my family.”

The art of letting go also gives the gift of balance.

What it comes down to is recognizing that you need to step away. Your content won’t be perfect, but it’ll be more than good enough. “What I'm [getting] to make up for it is going to be more than fine.”

Fill Your Remote Jobs With the Right Virtual Team Members

Now that you know which YouTube remote jobs you have available, it’s time to place talented (and qualified) people in those positions.

And when it comes to finding great candidates, LinkedIn isn’t the only option: “We've always gotten our best people right from our own audience,” shares Antonio.

That’s right; consider reaching out to your own audience.

As you hire, one of the first things you want to look for is if they’re passionate about the subject. “If somebody's already watching your videos, they already care about what you're talking about,” states Antonio.

Plus, since they already tune in, they probably know your voice and style — AKA you don’t have to pay them to go back and watch all your videos.

To find virtual assistants, Antonio sought help from Virtual Staff Finder and found two of his current employees who’ve now been on his YouTube team for years. 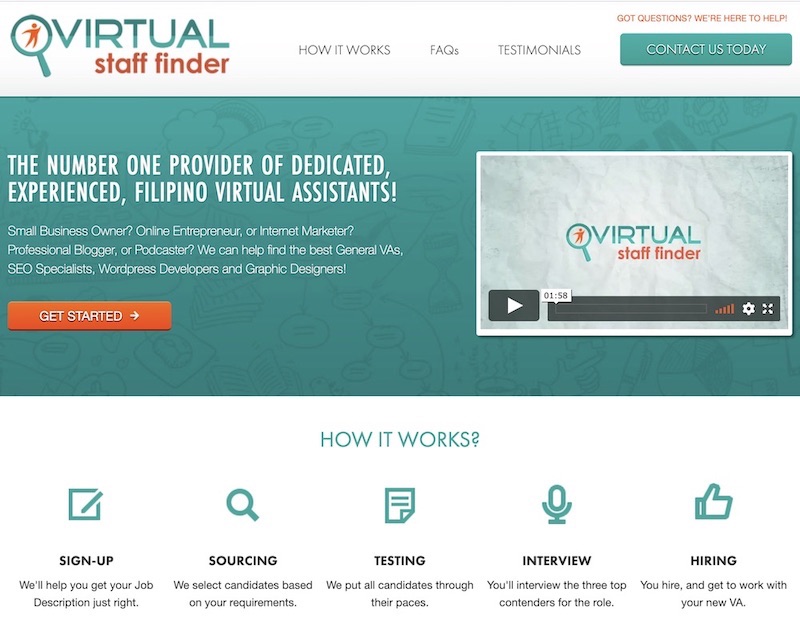 “We devised a system, and I never noticed the money was going out,” he recalls. “This allowed me just to focus on filming the videos and then sending them over for editing.”

“When I bring people on, I have them audition,” says Antonio. It works in the movie business, right?

Antonio thinks providing a paid audition is a worthy expense because he learns right away if his candidates are skilled, saving him time and money in the long run.

To avoid creating a permanent situation for a temporary employee, new video editors, for instance, don’t attend team meetings or gain full access to Antonio’s RMRS channel settings for at least one month.

Instead, they upload new videos into Google Drive and the team handles the rest.

Here’s what he’s looking for during that first test-month:

Another way Antonio filters out bad hires is by hiring two or three people at a time so they can compete against each other — good ‘ol survival of the fittest.

He says, “if you're going to hire anyone you need to set up hurdles and barriers.” Everyone needs money, and you definitely want to save some. To find the right fit, know what you’re willing to part with and be really specific about what you're looking for.

Plus, if you end up with two solid people, Antonio says, “You've got a good problem now because you have to make a decision between one or the other.” 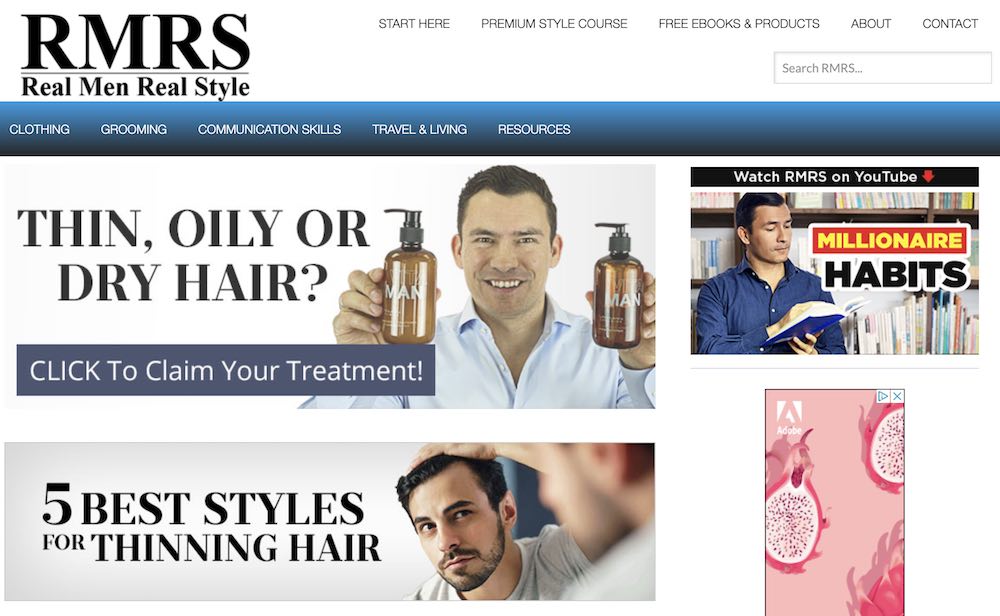 Working with Antonio taught me one important thing about him: He’s incredibly process-driven.

Everything in his YouTube business has a defined process and it’s all properly documented, which taught me a lot about how to manage my own YouTube channel efficiently.

Among other things, efficiency is crucial to managing a global team across different timezones and language barriers.

To get the most out of his team, Antonio runs a pretty lean operation:

“I have people create their own processes and systems,” he says. When someone makes a mistake, they first check their system to see what went wrong instead of acting like nothing happened.

If he can’t join a meeting, certain team members know to step up and run the meeting.

And for the team member whose first or second language isn’t English, Antonio says they use slides during meeting presentations to help everyone visually see their message.

If you follow the process and continue to improve it as you go, there’s only so much you much you’ll screw up.

“Never be a slave to that system; that system is there to serve you.”

Finding professionals he could trust freed Antonio up to make even more money by growing his popular channel that now has millions of subscribers — something that would’ve taken much longer without a dedicated team.

From a business sense, the many advantages of virtual teams include reduced hiring costs.

If you do what Antonio did and hire people from the Philippines, Ukraine, Romania or the UK, you’re likely to find a better deal abroad than in the U.S. because of the difference in the cost of living.

Based on the people he’s helped grow and train, Antonio realized he’d be paying four times as much in America to find their equivalent.

Overall, Antonio says one of the best things RMRS has done is grow and reinvest money into the team.

“When it comes down to it, I would make no changes because I'm able to spend more time with my family, and to me, that's what's important.”